"I may just be a "fake" boyfriend, but if anything happens, I'll be the one to protect you. So don't worry. "
— Raku Ichijō to Chitoge Kirisaki [source] 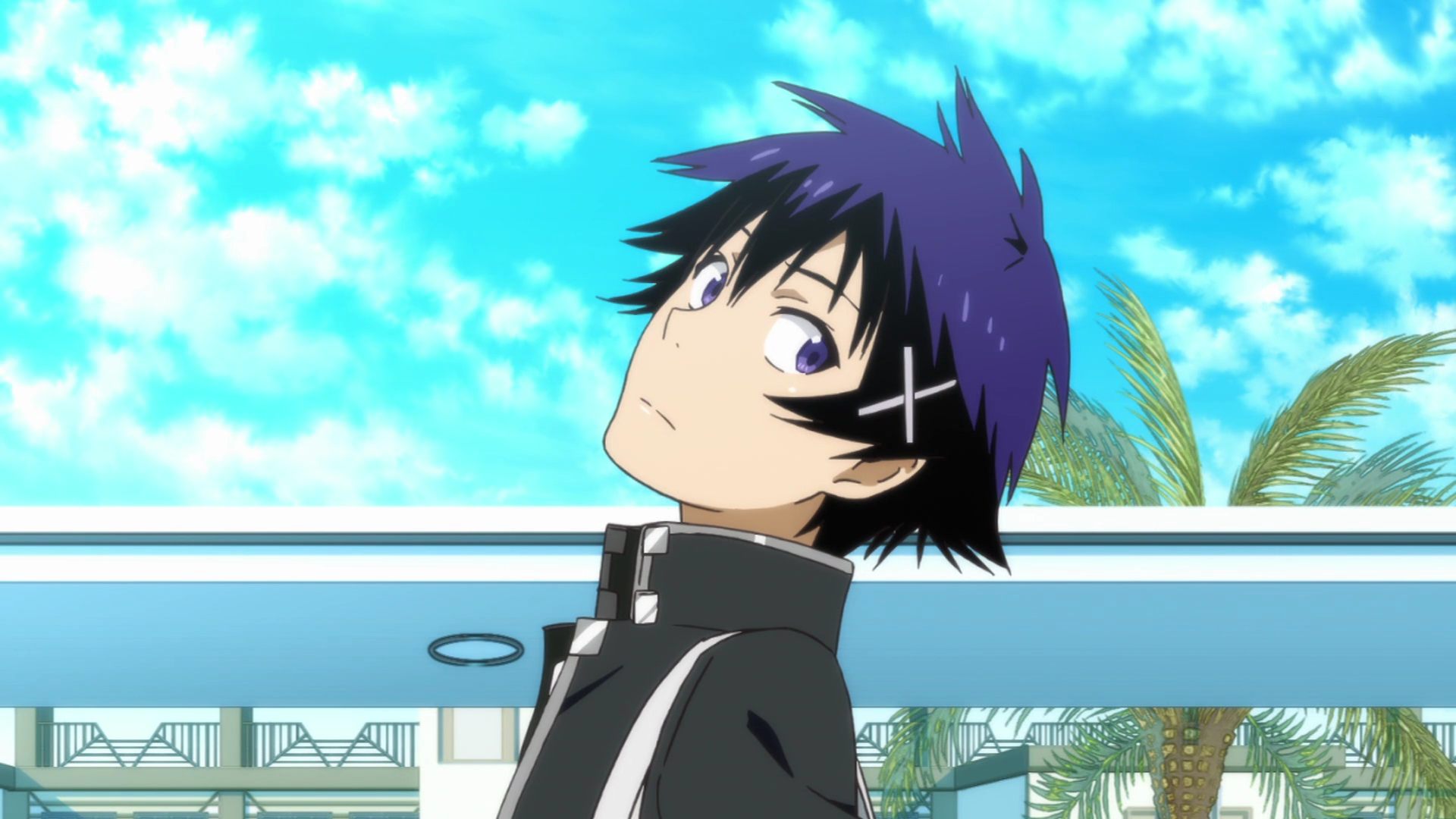 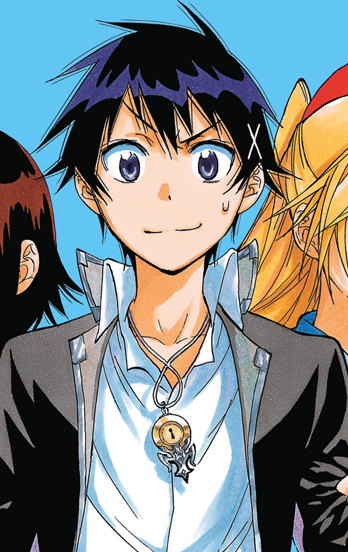 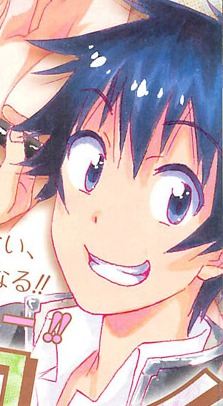 Discovering the girl who he made a promise with; Confess to Onodera; Confess to Chitoge; Reunite with Chitoge

Claude spying on his relationship with Chitoge Kirisaki

Being called "Bean sprout" By Chitoge

Raku Ichijō (一条 楽, Ichijō Raku) is the main male protagonist of the Nisekoi series that is written and illustrated by Naoshi Komi. He serves as the fake boyfriend of Chitoge Kirisaki for the next three years of his life to prevent a war between the Bee Hive Gang and the Shūei Clan.

One summer ten years ago, Raku made a promise to a girl to marry her once they reunite. The promise girl exchanged a pendant with Raku and held on to a key that would unlock it once they meet again. Ten years had passed and Raku has no memory of the girl's name or what she looks like but remembers the promise he made.

After he started his fake relationship with Chitoge Kirisaki, he encounters a series of events where he learns that Chitoge Kirisaki, Kosaki Onodera, Marika Tachibana, and Yui Kanakura all possess keys that are connected to his pendant and that they all met each other ten years ago. They all seemed to have made a promise with a boy ten years ago too. This makes all four of the girls be the possible promised girl until Yui returned to Raku and confirmed herself that she is not one of the possible promised girls, despite having a key.

His interest in the keys that Chitoge, Onodera, Marika, and Yui possess can get him in trouble for certain situations. He will go to great lengths for his pendant and freaks out if he loses it. Chitoge and Raku had tried opening the pendant with her key but it broke in the process. After Raku gets it fixed, Shu's uncle says that the only way to open it is to break it open.

Raku is also the heir to the Yakuza family as the only son but wishes to not take the position, even if he is urged by the members of the gang.

Raku Ichijō presents himself to be quite civilized and highly artistic, except when he encounters a person with a lack of respect or regard for him or others around him. As a child, as evidenced in flashbacks, Raku would go as far as to put himself in difficult situations for others' benefits. He is kind and considerate as said by most girls in the and it is also what gets them to fall in love with him. He is easy to get along with and is highly motivated by past actions. He is highly skilled at rough/hard work and is happy to do so, as evidenced in his cooking for his Yakuza clan.

He can also be highly oblivious of academic faculties and is highly unaware, at times, of certain conversations that he can easily misinterpret, either because of the vagueness of the circumstance, or the fact that he is lost in thought about Chitoge or Onodera. He is dull as he is oblivious to the romantic feelings of the girls around him, especially Chitoge's and Onodera's. He is well-educated and is slow to anger, but will respond with the same emotions or tone, most of the time, if he is addressed as a bean sprout by Chitoge. He can use his faculties to run in order to escape whenever he feels that he is in a situation.

Raku is a little taller than average for a high schooler and has messy, black hair. He has lightly tanned, fair skin and also has a big scar on the right side of his forehead.

While swimming, Raku doesn't wear a shirt but wears the school's navy blue swim shorts. He is also seen to wear red shorts in At the Beach.

Raku generally wears his outfit when he is at home, and casual clothing when he hangs out with the gang or on a date with Chitoge. When he is doing outdoor activities as shown in Temple Festival and Loss, he wears a cloth around his head.

Raku Ichijō has demonstrated the following abilities to the best of his capacity:

Raku is the heir to the Yakuza family and is urged and respected by all the members in the gang for him to become their next leader. Raku personally wants to turn down the role and wants to become a civil servant. Going to school, Raku thinks about the girl he made the promise to marry to ten years ago and pulls out his pendant. As he observes it, a girl jumps over the school's high fence and accidentally knees him in the face in the process. The girl apologizes and runs to class because she's late for class. He begins his day, hating it after he got kneed but enjoys it again when his crush, Kosaki, offers him a bandage in the place where he got kneed. As class starts, Raku's teacher presents a new transfer student named Chitoge Kirisaki who was actually the girl who kneed Raku that morning. Raku instantly recognizes her and starts complaining about the accident. The two clash but end up sitting next to each other in class.

Chitoge realizes that she loves Raku and tries to do lots of things to get praise out of him.

Marika is forced to marry someone against her will and Raku & co comes to interrupt the ceremony. Raku declines Marika's confession. Raku has started noticing that he has feelings for both Kosaki and Chitoge. He, later on, finds out that he has developed the feeling of love for Chitoge.

Haru confesses that she knew Raku was her prince.

When Shu invites everyone to go stargazing along Bonyari High's rooftop, Raku passes out and Chitoge overhears Kosaki confessing to Raku. Chitoge later confirms that Raku likes Kosaki, so she runs away from Japan. Tsugumi confesses to Raku, then tells him to save Chitoge.

They meet back at the location '10 years ago' and Raku confesses to Chitoge after rejecting Kosaki.

In the epilogue, Raku is shown to have succeeded his father as head of the Shuei Clan, at the same time receiving a job as a government worker placed in the department of public safety. He is also busy with plans for his upcoming wedding with Chitoge, hiring Shu to send out his invitations to all of their friends.

He soon reunites with Chitoge at their promised spot where they reminisce on their journey together and current lives before Raku proposes to her once more and she happily accepts it. They trade jokes for a while before Raku moves to leave but Chitoge quickly stops him asking for him to kiss her. At first, the two are nervous since it was both of their first kiss, but in the end, they shared their first kiss as a couple. The kiss was awkward as they hit their teeth and both argue in the way usually do about things.

After this, they got married and it is shown they had a son named Haku Ichijō. 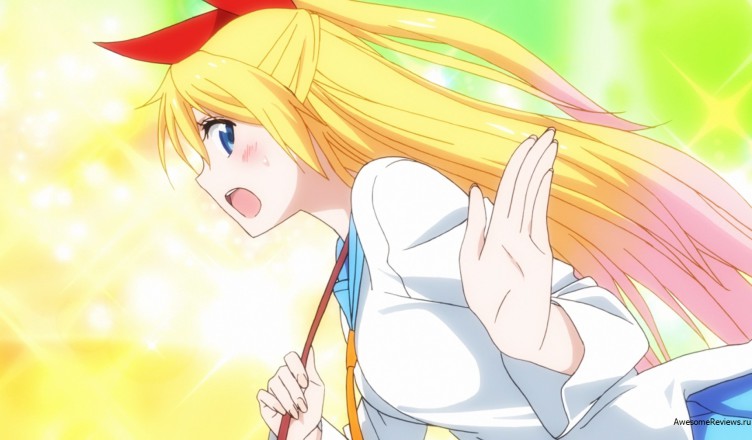 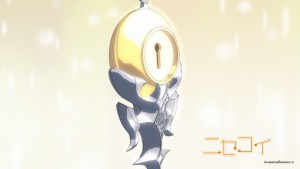 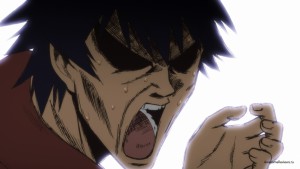 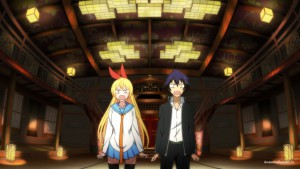 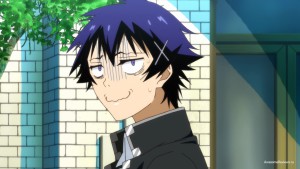 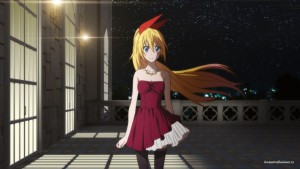 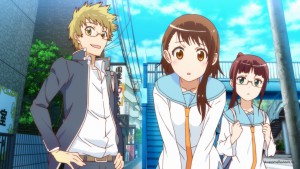 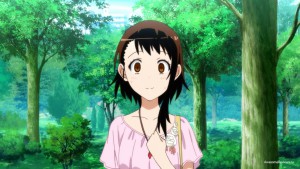 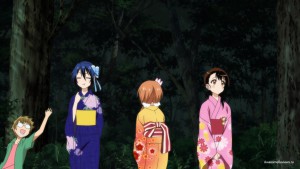 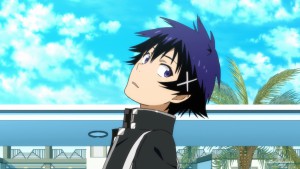 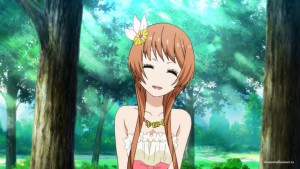 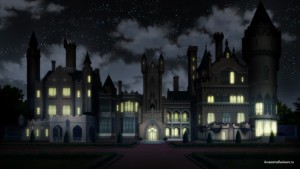 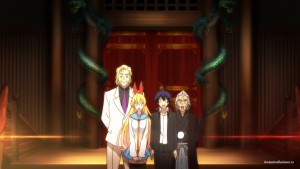 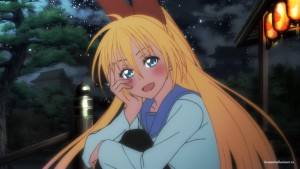 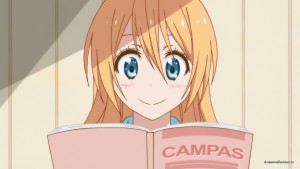 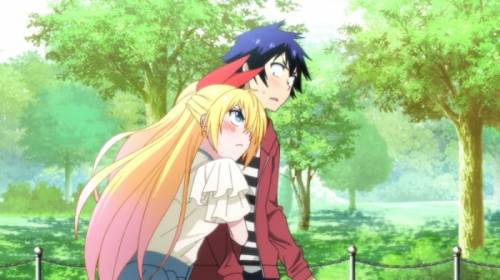 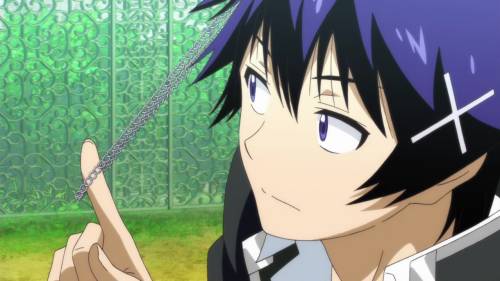 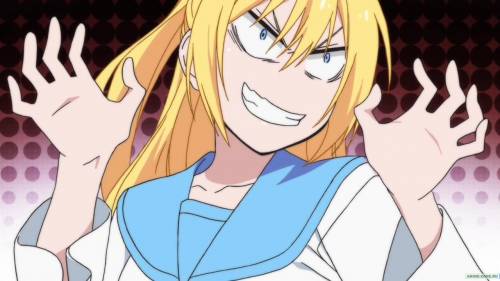 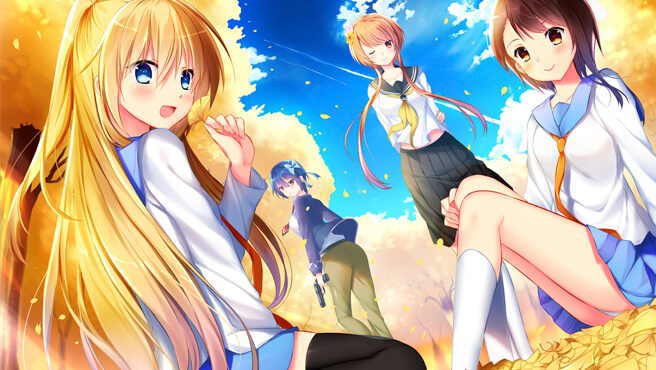 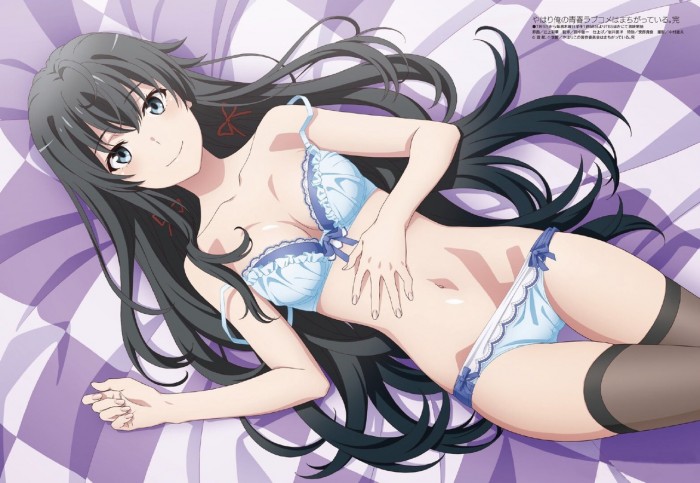